A Remembrance for Fr. Rudy Fernandez, S.J. (From the Homily of Fr. Bill Kreutz, SJ) 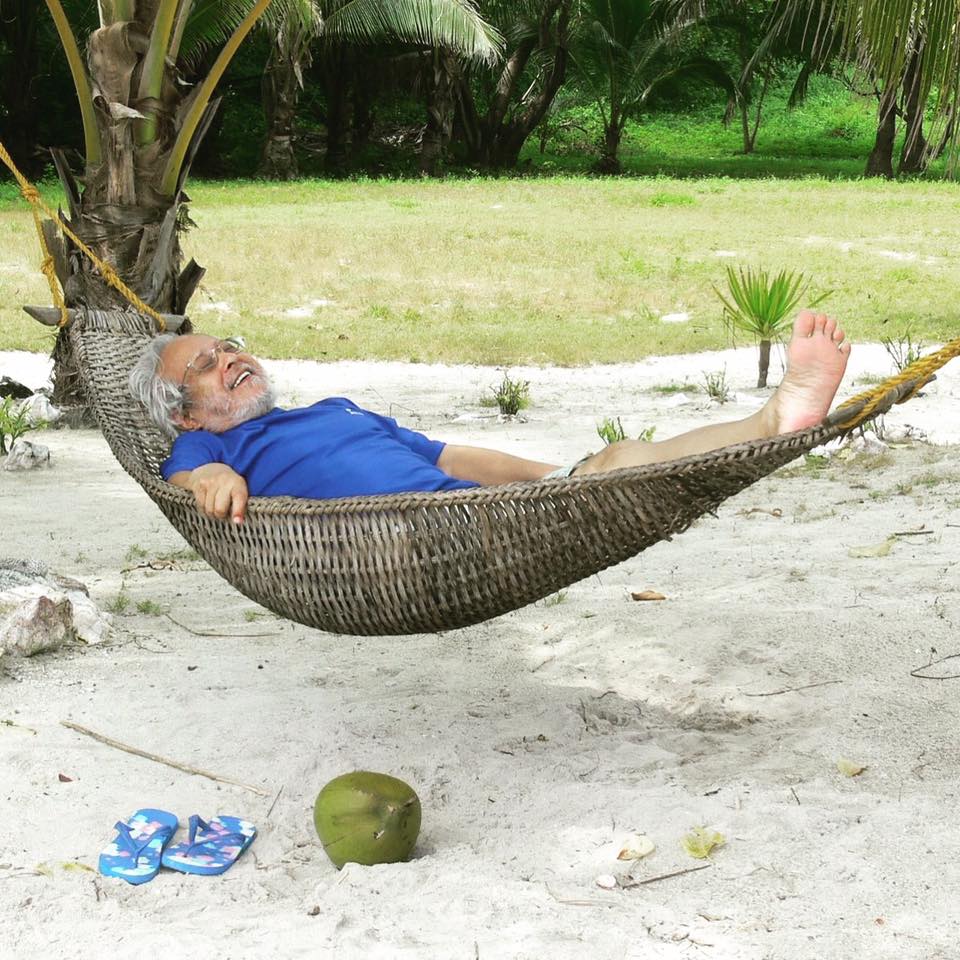 A Remembrance for Fr. Rudy Fernandez, S.J. (From the Homily of Fr. Bill Kreutz, SJ)

It was not so many years ago that Fr Rudy came to stay with us here at the Loyola House of Studies. He was officially assigned to the Lucas Infirmary but, because of his ability to move around and the like, he shared most of his time and meals with the members of the LHS community. For sure, Fr.Rudy and I had been together for some time at the Jesuit residence, but it was only here that I got to know him better. Of course, I knew that he was a chaplain for the Jesuit volunteers Philippines for a number of years.

Fr Rudy’s vision was becoming more and more impaired. An d so for the few years he stayed with us at LHS we walked hand-in-hand many times.   LHS is quite sprawling and rather complicated especially for someone with visual difficulties. So sometimes after lunch or dinner I would take Fr Rudy by the hand and we would walk together to his room. On the door there was a large sign which read “Fr Rudy” so that he could more easily recognize his own room. When he moved to the new Jesuit Health and Wellness Center he had a caregiver who always walk with him.

So, my special remembrance of Fr Rudy is that of companions walking hand-in-hand. That is a good remembrance!

Whe n Fr Rudy returned from his mission work in Japan he was first assigned to the East Asian Pastoral Institute. Somewhat later he was assigned for campus ministry work at Xavier University, Ateneo de Cagayan de Oro There he made many long lasting friends as he took care of students and faculty and staff . These were good years for him working with the young and older members of the Xavier University community. It was also there that he became good friends with JVPs who are a strong cohesive group in that community.

And so it was that those years while I was in Zamboanga, our paths rarely cross.

It was while there in Xavier University or on his return to the Jesuit residence in Manila that Rudy was asked to be chaplain for the Jesuit volunteers Philippines. With this he became rather active with the JVP. He would regularly be assigned to visit various cities to interview applicants for JVP. With all of this he was well known to all the new volunteers and alumni.

For me, there was a very special moment. There was a time when there were some internal difficulties about JVP and its own governance. The situation was a bit tense. And so we were called to a meeting to see what could be done. It was decided that Fr Rudy would chair the meeting, be the facilitator. He began the meeting with a prayer and then gave us a wonderful reminder that we were all together in the JVP with one purpose – the service of God and his church and his people as JVP’s. He said that this must be the overriding feeling that we would all bring to the discussion. With that, the evening went well and quickly and ended with a renewed sense of who we were and what we wanted to do as the responsible ones for the success in the governance of the JVP.

Up to the Last Moment

I recall hearing that the nurses and caregivers saw father Rudy on CCTV at the common room watching the television. They thought he was texting or watching the program and had fallen asleep. It was a bit later that they found out that he had experience a massive stroke.

This was Fr Rudy at one of his great ministries – texting and encouraging others. This was his ministry alive, not just sharing what others had to say, but his own personal thoughts, inspirations, and kind words inspired by his life as a follower of Jesus.

We offer thanks to God for the gift of Fr Rudy who was a missionary to the very end, a companion bringing the Good News of the Lord Jesus too many.