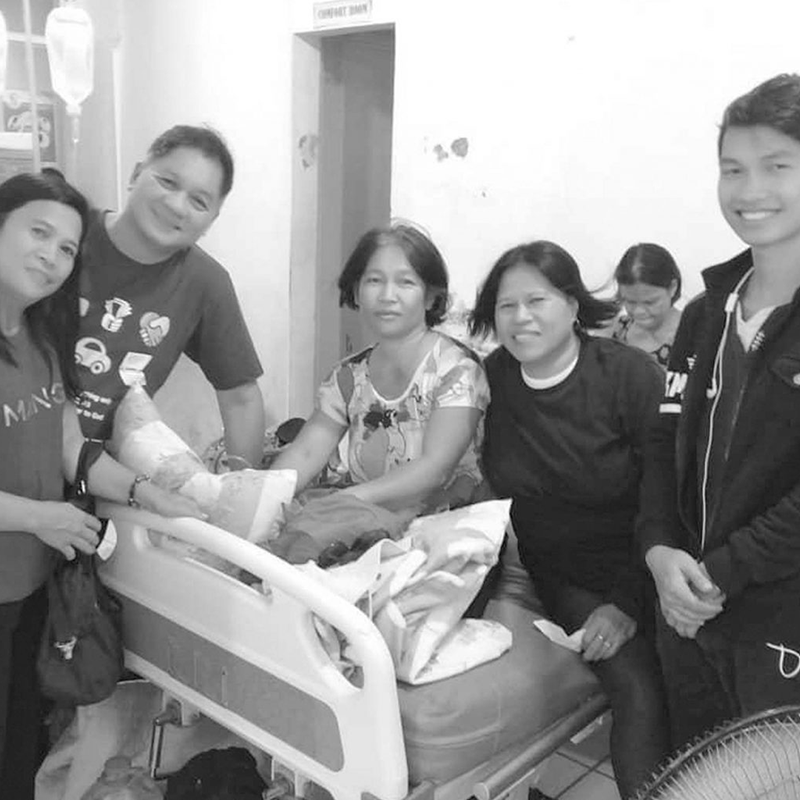 My formal volunteer story began after graduating from college when, after three years of working with the Broadcast Media Council, then with the Kapisanan ng mga Brodkaster sa Pilipinas national secretariat and the Pop Music Foundation of the Philippines, I resigned from work and went to Bukidnon as a Jesuit volunteer.

Barangay Malipayon in Pangantucan, Bukidnon was an upland farming village. When I got there in 1982, there was no electricity yet, so a candle or kerosene lamp was my usual light—or Petromax on special occasions. (The Petromax lamp was created in 1910 in Germany by Max Graetz, who also named the brand, on the basis of a spirit lamp that was already well-known. It was a lighting system fueled by paraffin; it has a very high caloric value and could make a very hot blue flame). The barrio had yet to have a decent water system then, so I came to appreciate rainwater for all my needs: drinking, bathing, cooking, washing.

Heavy rains, however, would result in deep mud all over the place. So I prayed for less rain. The heavens responded by sending El Niño. So, I bathed in the dust whenever the wind blew.

Bulad (dried fish) and sardines were my staple food, with rice mixed with corn. Sometimes, when rice supply runs out, it would just be corn.

The room I occupied during my volunteering stint was at the back of an unfinished wooden chapel. There was no resident priest, but we had what we called the “KBL” Masses: wedding, baptism, funeral.